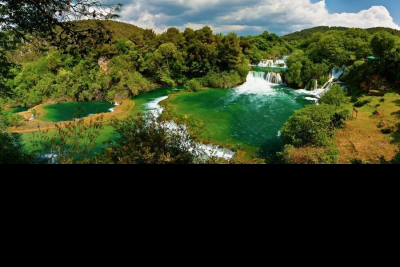 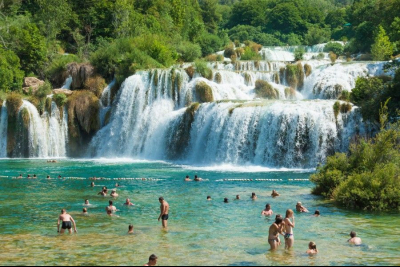 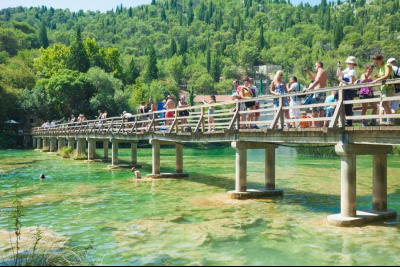 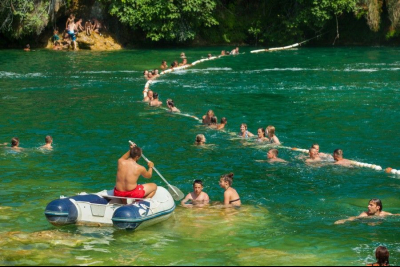 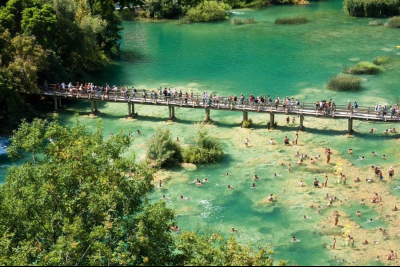 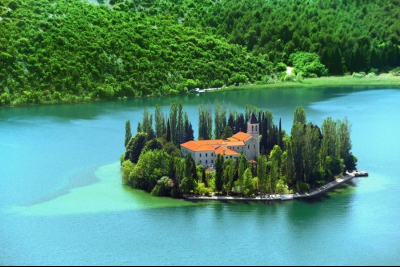 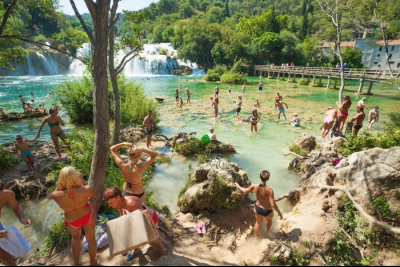 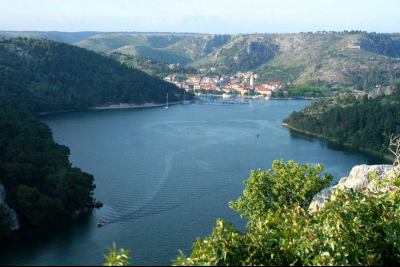 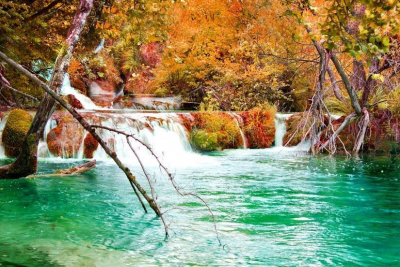 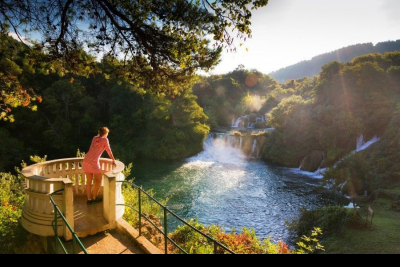 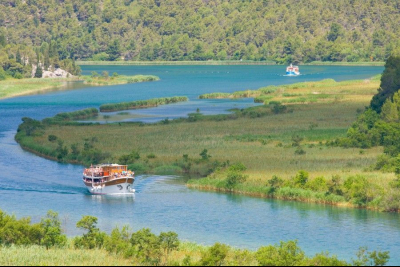 Visit the Krka National Park and be amazed by the creative powers of nature.

Available early April to mid-October, this awe-inspiring journey through deepest blue and green will reveal to you the very essence of Dalmatia.

Your Tour Of Krka NP

Krka tours from Split span 8 hours from start to finish. You will be spending 5 hours in the National Park, including an optional hour and a half with your local expert guide. The air-conditioned bus with free WiFi leaves Split around 8:30 in the morning.

Arriving at the highly scenic town of Skradin, you will then embark on a panoramic cruise upriver to the Krka NP. Be sure to pack beachwear and towels if you wish to fully experience Dalmatia’s magical river—but expect the water to be somewhat colder than the Adriatic. Picnics are another great idea for your day on the Krka. While groceries and other supplies can be purchased inside the National Park, you may wish to do your shopping ahead of time.

We will drop you off at your Split address some time after 5 in the afternoon.

Flowing over rocky karst terrain which is one of the park’s attractions, the river Krka forms three major sets of waterfalls. The focal point of the national park, where the cosmic hand built on a more massive scale, is the 45-meter / 150-foot Skradinski Buk. The fall feeds a crystal clear natural pool, with delicate cascades at the other end.

According to many visitors, the interplay of light and water is Krka’s main claim to fame, while others point to the incredible wealth of plant and animal life. This includes, to give a single example, 860 types of plant, many found nowhere else. Bird watchers will find Krka particularly exciting and inspiring.

Your amble through lavender fields and thickets of humming, swaying reeds will take you past some of Krka’s man-made marvels as well.

Krka’s Wealth of History and Myth

Like nearly every place in Croatia, Krka NP has plenty to show for when it comes to history and culture. Impressive Roman ruins at Burnum are yet to be fully studied; the underground aqueduct is possibly pre-Roman.

From the Dark Ages comes a tale of feuding clans occupying opposing banks of the river… and a tragic tale of thwarted romance, a young woman having taken poison to avoid capture by her own family. Two ancient monasteries house collections of historical and religious objects, one built on top of Roman catacombs, the other on a quaint wooded island.

However, Krka’s special architectural distinction are the numerous small power plants, including the world’s second oldest, constructed just days after the Niagara Falls one. They are environmentally friendly due to their reliance on running water: there are no reservoirs.

All this was built using locally sourced travertine, fine limestone still as highly prized as it ever was: masterpieces by Michalengelo and Bernini began their lives as white-gray blocks much like the ones beneath your feet.

Note: Stated rate does not include ticket for the Krka National park

15 minutes prior to departure. Make sure to bring your voucher!

Meeting point: Trg Franje Tuđmana 1, Split
Please make sure to come 15 minutes prior to the meeting point and bring your voucher!